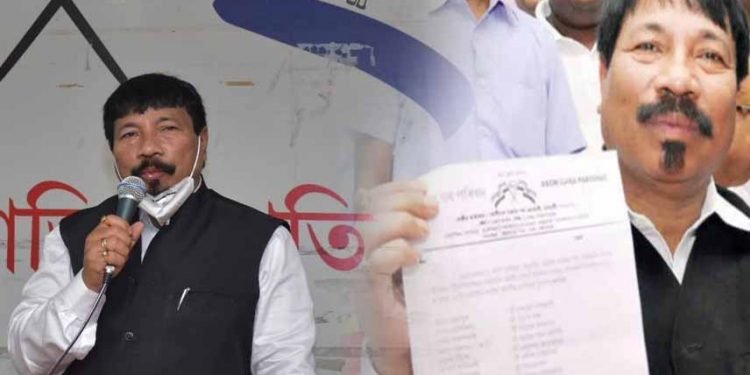 The President of Asom Gana Parishad (AGP) Atul Bora has been elected the President once again on Thursday in the 11th Central General Conference. Other than Bora, none others have submitted the nomination for the Post of President. Meanwhile, Keshab Mahanta has been Elected as the Working President of the Party. The conference was held today at the Party Headquarter at Ambari despite the Session Court’s stay order.

Speaking to Media personnel, Atul Bora said that the meeting was organized in sync with COVID-19 protocols. Bora said, “The foundation of regionalism must be strong to protect the Assamese identity. AGP has been carrying forward the legacy of the historic Movement of the People of Assam, fueled by the emotion of Every son of the soil.”