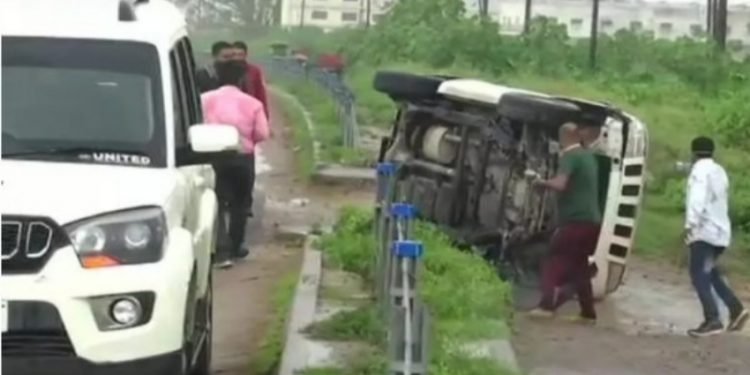 Uttar Pradesh’s most wanted Gangster Vikas Dubey who was apprehended by the UP Cops on Thursday was killed in encounter in the wee hours of Friday morning. The encounter occurred in Sachendi which is 2 km away from district headquarters. The vehicle in which Vikas Dubey was going first overturn on the road following heavy rains, then the gangster tried to flee away from spot by snacthing pistol of an injured policeman and in retaliation the police open fired on him and was eventually killed.

The Police in retaliation fired 3 shots on Vikas Dubey’s chest and 1 one his arm. STF personnel, who suffered injuries have also been admitted to near by hospital. Senior police officials including IG Kanpur range Mohit Agarwal and SSP Dinesh Kumar Prabhu have rushed to the hospital to take note of the situation.