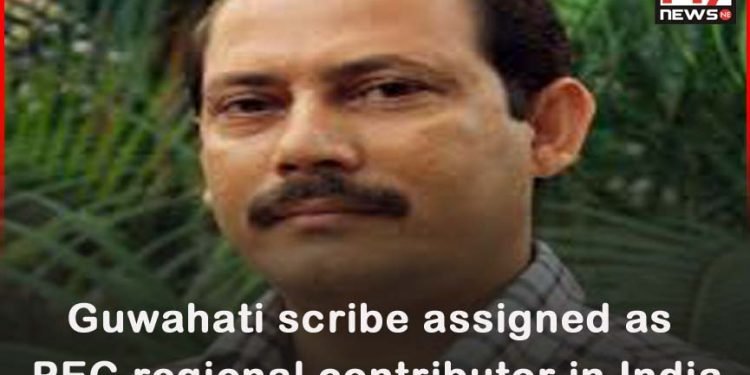 City based scribe Nava Thakuria has been assigned as a Regional contributor from India to the Press Emblem Campaign (PEC), an International independent non-profit and non-governmental organization based in Geneva (Switzerland). Moreover, the Journalists’ Forum Assam (JFA) is appreciated as a cooperating organization with the PEC, which has the special consultative  status at the United Nations since 2010. The secretary-general Blaise Lempen, while informing about the Assignment (https://www.pressemblem.ch/pec-news.shtml), reveals that the PEC was founded in June 2004 by a group of journalists from several countries aiming at strengthening the legal protection and safety of journalists around the world. Presently the PEC  is documenting the toll of the Covid-19 pandemic on journalists along with the casualties of media persons and their contentious working situations across the globe. Associated with the mainstream media since 1990, Thakuria serves as secretary to JFA (senior journalist Rupam Barua as its president), working president to North East Union of Working Journalists and also Press Club of Assam. A graduate from Assam Engineering College (under Gauhati University) and a journalist by passion, Thakuria writes for number of information outlets based in different parts of the world on socio-political, environmental and media related issues.