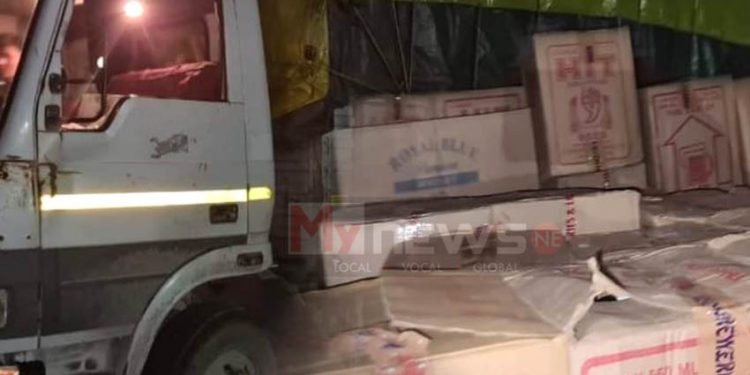 The Sikkim Police on Thursday busted a Liquor Smuggling at Rangpo where a truck meant to carry medicine was transporting liquor and hence seized by the Police. The Police recovered huge quantity of liquor which was then detained at Rangpo in East Sikkim by the Police

According to SP East, the truck was supposed to carry essential medicines instead it was transporting liquor without excise department memo causing huge loss to the Government Revenue. The truck was carrying 3240 bottles of beer, 1020 bottles of rum and 720 bottles of whiskey, Liquor  has been seized and handed over to Excise Department, the Truck and driver have been detained and the initial Police investigation is on regarding the case.