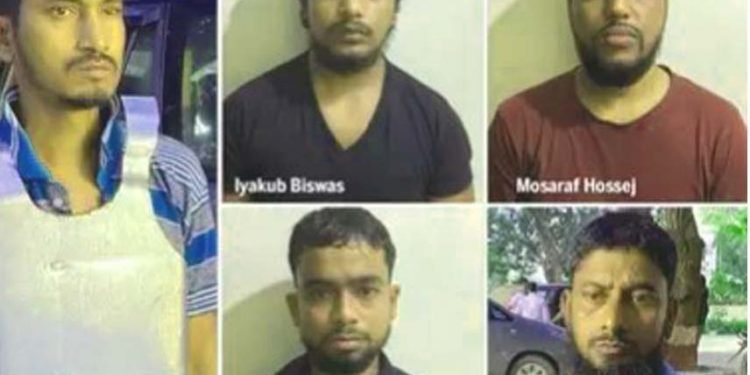 Out of these 9 terrorists 6 are from West Bengal and 3 from Kerala, huge amount of documents, jihadi literature, sharp weapons, digital gadgets, arms and ammunition have been seized from the possession of the terrorists. According to the agnecy the arrested Al-Qaeda operatives are Murshid Hasan, Iyakub Biswas, Mosaraf Hossen (all from Ernakulam), and Najmus Sakib, Abu Sufiyan, Mainul Mondal, Leu Yean Ahmed, Al Mamun Kamal, and Atitur Rehman (Murshidabad residents).

NIA have said the operatives was actively fundraising for the organization and a few members of the gang were planning to travel to New Delhi to procure arms and ammunition. The terrorist were also planning to do attack in various parts of the country.

Centre to come up with National Cyber-Security Strategy 2020

Centre to come up with National Cyber-Security Strategy 2020

WeChat, TikTok downloads in United States to be banned