A Portable robot “Bandicoot” to clean Manholes in Guwahati! Manual scavenging is a serious concern due to the the issues related to human rights associated with it. Manual scavenging is defined as “the removal of human excrement from public streets and dry latrines, cleaning septic tanks, gutters and sewers”.

This occupation is hazardous, unsafe, unsanitary, undignified and above all, legally banned by Parliament a few years ago. For a bare minimum income, in a practice that reinforces age-old caste beliefs, manual scavengers take on grave risk to life and limb—from toxic gases in sewer lines to infections leading to asphyxiation to diseases like hepatitis, leptospirosis, respiratory disorders cased by manually removing excreta/waste. A major reason behind this unhygienic practice is the lack of proper alternative technological solutions.

To help overcome the scavenging problem in Guwahati, Indian Oil Corporation Ltd (IOCL) has provided a scavenging robot, christened “Bandicoot” developed by a Kerala based start-up at a cost of Rs 33.12 Lakh under its CSR initiative. The “Bandicoot” is a portable robot, which can go down a manhole of size more than 450 mm in diameter. It has a 16-litre bucket capacity and 125 Kg hoist capacity combined with electronic sensors fitted with cameras. The robot can go up to a depth of 10 Mtr.

It is fitted with a 10 Inch interactive touch screen for operation of the robot from the ground. The robot comes with a Generator,which generates 2.7 KVA, 230V, 50 Hz and an air compressor of 8 bar air pressure so that it is self-sufficient to enable work at outdoor.

The “Bandicoot” robot was formally inaugurated by Hon’ble Minister of Law & Justice, Cooperation and GDD, Govt. of Assam Shri Siddhartha Bhattacharya along with Shri G. Ramesh, the Chief General Manager & State Head of IndianOil in the North East in presence of Shri Maninder Singh, IAS, Additional chief secretary, Govt of Assam, Shri Devajyoti Hazarika, IAS, Commissioner, Guwahati Municipal Corporation at a function held in front of Dispur Secretariat. Shri Bhattacharyya lauded IndianOil in coming forward for such a noble cause. Commissioner, GMC also expressed his gratitude to IndianOil and said that the scavenging robot would go a long way in solving the problem of manual scavenging.

‘Wearing Masks should be mandatory for Traders’, Himanta Biswa Sarma 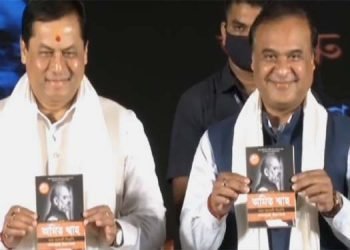 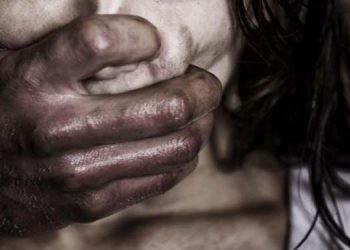 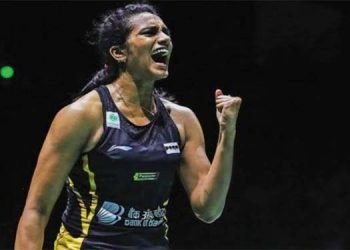 'Wearing Masks should be mandatory for Traders', Himanta Biswa Sarma