by MyNews Staff Reporter
in India
0

Thiruvananthapuram: A sexual harassment case has been lodged against activist Rubin D ‘Cruz , editor (Malayalam) of the National Book Trust and former director of Kerala State Institute of Children’s Literature. According to the complaint from a Malayali woman working in Delhi, the incident occurred on 2 October, 2020. The woman also put up a Facebook post on the alleged traumatic physical assault she had to undergo.

The complainant got acquainted with D ‘Cruz through common friends, while on the lookout for a rented accommodation in Delhi. Promising to help her out, D ‘Cruz allegedly invited her to his home, where he allegedly sexually harassed her.

‘I had to see the real face of the left-progressive masked men who are waging a Facebook revolution about human rights and equality. The progressive, who had invited home for a meal in the name of acquaintance through public friends and Facebook, showed his true color after a short friendly conversation. The next few days taught me how being physically violated can mentally debilitate even the strongest people,’ the post read.

‘My sincere gratitude to the very few friends who stood by me through thick and thin, my family (including my 72-year-old mother) who told me to go ahead with courage and the support system, including the counselling team. One thing seemed right; leaving someone like him scot-free was an injustice to my fellow human beings as well.’ a part of her long Facebook post on the traumatic incident reads.

D ‘Cruz is also known for his social media posts on ‘progressive’ ideas. The sexual harassment complaint was filed at Delhi’s Vasanth Kunj police Station on 21 February, 2021. The matter gained attention after the victim put up her Facebook post. 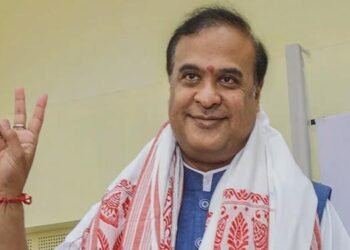 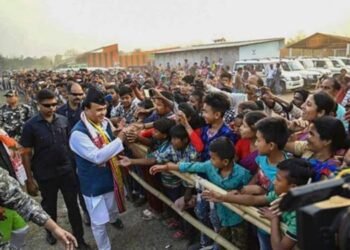 👉A crowd at Dhing Bazar in Gangaon district on the occasion of Eid. Horror Scene