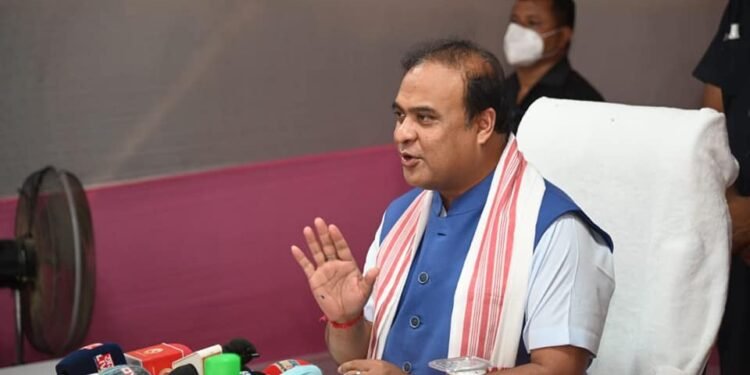 Guwahati: Leader of the Opposition at the Assam Legislative Assembly, Debabrata Saikia has sought a public apology from Chief Minister Himanta Biswa Sarma.

This came after the CM claimed that Opposition in Assam have no work for the next 5 years and so, they (Opposition) need to join the Bharatiya Janata Party.

Reacting to the statement, Debabrata Saikia said, “I, as an MLA of the Opposition in the Assam Legislative Assembly and Leader of the Opposition, strongly condemn this remark. The CM should make Public apology for uttering such undemocratic words.”

Saikia added that the role of the Opposition is clearly stated in our Constitution and the Congress party has been playing role of the Constructive Opposition in the past wherever required.

He further added, “There were 130 seats in between and sometimes less and sometimes more. After getting 36 per cent of the votes at all-India level, it has been possible for BJP to form a government at the Center today with more than 300 MPs in Parliament.”

Saikia claimed that this is possible due to provisions of Indian Costitution and Democratic system.

“The Congress party has been waging a relentless war against the BJP Party, which seeks to destroy the democratic values of our country”, he added.

Saikia added, “The BJP and the government of Assam have promised to control the flood by excavating the Brahmaputra sub-basin. It’s been seven years since this promise was made, but nothing has been done. We’re raising this issue  in and out of the House. In the same way BJP he mentioned in the Vision Document on three pages that it would implement the Assam Accord in letter and spirit. But even than CAA was introduced hurting the spirit of the Assam Accord, and  we strongly protested.”

Saikia bringing up the topic of the microfinance said that ti 2019, the issue of microfinance in Assam was raised in the Legislative Assembly and now the government is saying that it will not completely waive the debt of microfinance.

“This is in spite the Chief Ministers repeated promise to the people of Assam that all loans would be waived in the Assembly. We demand that CM should keep his election promise as announced in floor of the House”, he added.

COVID SOP | Curfew to continue to from 2 PM in Guwahati